Curiosity: The Octopus and The Noisy Miner 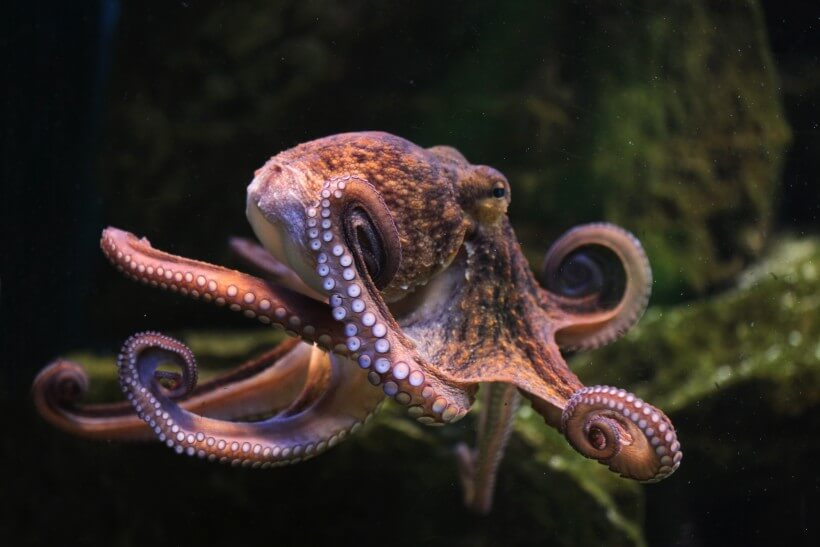 What is it to be curious?

In recent days I have been transported with delight to a fascinating underwater world, as I have read my way through Sy Montgomery’s 2015 book: ‘The Soul of an Octopus’ – her story of encounters with octopuses. The experiences Montgomery shares and her deep inquisitiveness about the lives and behaviour of octopuses has left me curious and in wonder – not just about these strange creatures but about curiosity itself – and how it manifests. I like to think that curiosity is a core quality of effective leaders. So, what is it to be curious?

For me, Montgomery’s curiosity is more than a robust cerebral activity. It’s something she experiences with all of her being. As she engages with these unusual creatures, her quiet openness and willingness to be vulnerable is palpable, creating space to be surprised by whatever behaviours emerge, and letting the questions surface. Together with her constant companions, the aquarists, she deeply respects this creature that ‘represent(s) the great mystery of the Other’. She holds assumptions lightly, mostly avoids anthropomorphising and lets her being respond to the individual antics of the creatures she encounters. Essentially, she is free to be fully present – beyond her clinical observation and analytical thinking.

‘I wanted to meet the octopus’, Montgomery writes (p.2). ‘I wanted to touch an alternate reality. I wanted to explore a different kind of consciousness, if such a thing exists. What is it like to be an octopus? Is it anything like being human? Is it possible even to know?’ When the Aquarium’s director offers to introduce her to Giant Pacific Octopus, Athena, she writes: ‘I felt like a privileged visitor to another world. But what I began to discover that day was my own sweet blue planet – a world breathtakingly alien, startling and wondrous’.

Athena is a two and a half year old octopus weighing 18 kg, with a head the size of a small watermelon. She will grow to be heavier than a man. As Montgomery and aquarist, Scott, walk to the top of the tank that is Athena’s home the creature flips over onto its back revealing its 1600 suckers, each an organ of extreme sensitivity. When they gently plunge their hands into the cold water, Athena moves several tentacles (each with two rows of suckers) over Montgomery’s hands and forearms with gentle though insistent suction’ which ‘pulls me like an alien kis'”. Athena is seemingly sensing she is safe enough to let her curiosity surface. Her eyes swivel to meet her visitor, as her body colour morphs from red to white (a well documented sign of relaxation). Montgomery knows the octopus could grab her hard and pull her into the tank, but Athena seems content to explore the chemistry of her skin through her suckers. Curiosity without rigid attachment!

Montgomery builds a connection with each of the octopuses she spends time observing, noting their individual ways of being and reflecting with compassion on the risks they face at sea. She is in awe of how one octopus called Kali (weighing over 9kg and having an arm span of nearly 10 feet) can squeeze out of a hole measuring 2½ inches by 1 inch.

On one occasion when Montgomery and three observers are letting an octopus called Octavia explore their hands and arms, the octopus’s multitasking (and maybe strategic) skills come to the fore. ‘We were drowning in sensation’, writes Montgomery (p. 42), ‘the feel of Octavia’s suckers on our skin, the spectacle of her subtly changing colour, the processions of the capelin (as they were passed forward to her mouth), the unconstrained acrobatics of her many unjointed arms. Six of us were watching her, and three of us had arms in the tank, before anyone noticed what had happened. She had managed to steal the bucket of fish right out from under us. She was holding the bucket fast with some of her biggest suckers while using hundreds of other suckers to explore Wilson, Steve and me’.

So, what do I appreciate about curiosity from reading  this book? I am struck by the interweaving of openness, humour, respect, humility, vulnerability and willingness to learn, hold assumptions lightly and think in new ways. It’s as though clinical observation and analysis take a step back to be accompanied by the rest of what it means to be human.

I wonder what comes up for you when you reflect on those times when you’ve sensed another person is analysing you compared to those times when you’ve sensed the other person is genuinely interested to discover who you are, what you like/dislike, your opinions, what matters to you, what concerns you, what gives you joy, and what supports you to thrive? It can be all to easy, especially in the workplace, to come to others with our blinkers on, our assumptions in place or our intuition and emotions held with restraint, missing the life and contribution that the other has to bring.

Many years ago, a linguistics mentor, Ruqaiya Hasan, quietly challenged me: ‘Anne, you hold labels (assumptions, beliefs) too seriously’. That was a life changing comment for me. I realised I needed to shake off the seriousness with which I held certain assumptions and hold them more lightly, allowing the thoughtful curiosity of the scientist and playful curiosity of the artist to surface. I still find at times that I need to shake out assumptions that I have not realised I am clinging to, and that don’t serve me.

Assumptions and encounters with a noisy miner

In Sydney, noisy miner birds are considered by many to be ‘pests’. Over some years I had unwittingly adopted this belief. So when one of these birds began a daily visit to my balcony garden, I believed it was eating or destroying my plants and would chase it away. One day something within me suggested I stop and be curious as I watched this creature. It jumped onto the edges of my plant pots and not right into the plants – as I assumed it was doing. It visited each plant, looking up and intently scanning the foliage. On three occasions, it retrieved a green caterpillar from the underside of the leaves. Despite closely inspecting my plants, my own eyes had consistently missed these leaf munchers. I grew to appreciate my daily visitor with its sharp eyes and observed that on no occasion did it ‘damage’ a plant.

A safe holding for curiosity to emerge

It’s all very well to encourage curiosity to flourish but what about people who can’t surrender to curiosity because they live in inner or outer fear, or with constant threat to their safety? Where our safety is threatened it is a big call to nurture curiosity. If we are to let curiosity flourish – in families, schools, universities, work places, political parties, community groups and in the public conversation, we need to hold a safe and respectful space for ourselves and others. There’s much discussion about the need for creativity and innovation in  our workplaces and beyond. How might we hold a space where people feel safe to bring more of themselves to life and be curious?

Montgomery, Sy. The Soul of an Octopus. Simon and Schuster. London. 2015.

To stay informed of workshops/events and access resources and current thinking about coaching and compassionate communication, sign up to our monthly newsletter.

Aware with Words provides Communication and Leadership Coaching that supports clients to thrive – in their personal lives, work lives, communities and beyond.